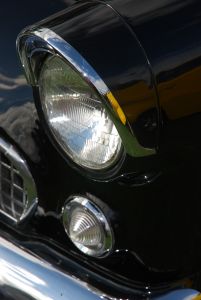 The Lehigh Coal and Navigation Company was created for the carrying of anthracite coal to Easton from Lehigh Valley. This creation occurred after Phillip Ginder discovered large anthracite deposits in the Summit Hill, Pennsylvania area in 1791. The Lehigh and Delaware Rivers were quite turbulent, but transportation of coal was made possible through the navigation system that had been developed. This system was completed by 1820 and this resulted in the merger of Lehigh Coal Company and Lehigh Navigation. By 1825, there was approximately 30,000 tons of coal making its way to Philadelphia.

But there was an increase in competition and something needed to be done, so Lehigh Coal and Navigation Co. continued to expand with better navigation tools, such as lift locks used in the canal. This new expanded navigation system was completed by 1829 and within five years of that completion, the Lehigh navigation system was also connected to New York. But in 1862, parts of the system were destroyed by a great flood. However, the rebuild resulted in even more expansion for the company.

There is such an incredible history behind the company that these are widely sought after stock certificates. The company saw great success during the 1800s, but saw reductions in the amount of tonnage that they were transporting. As a matter of fact, they saw a decline in the tonnage being transferred in 1900, but still managed to stay in business until the 1960s. This is a company that had 190 years of operational history behind it.

There are different variations of the Lehigh Coal and Navigation Company stock certificate. It simply depends on the year it was issued. An 1866 certificate is simply a gray sheet of paper. They have sometimes have a revenue stamp on them from where they were taxed by the government. They are also signed by officers within the company, states the incorporation date of the company, and that the shares were going for fifty dollars each. A 1936 stock certificate is somewhat different with its cream and orange coloring, but the required information is the same.